From 29 to 30 July, the Global Blockchain Investment Summit (GBIS) hosted by Indonesian Chamber of Commerce and Industry, Global Blockchain Investment Alliance, Hong Kong Blockchain Association and Block Chain Center of Excellence and Education (BCEE), was held in Jakarta, Indonesia. The leaders of Indonesia, members of the United Nations Blockchain Committee, members of the royal family of the United Arab Emirates, representatives of the Indonesian Chamber of Commerce and Industry and the Indonesian Ministry of State Investment attended the Summit to discuss the transformational impact of the Blockchain on the digital economy from the perspective of government management and global economic development. Block Chain Application and Economic Association (BAEF), Global the World Token Issuing Alliance (WTIA), Asian Block Chain Alliance, Indonesian Block Chain Association and other authoritative Association alliances, together with trading platforms: Huobi Indonesia, BitTok; distributed commercial representatives: IPSE (a search engine), BitCherry (a distributed e-commerce), Engine Miner; and Blockchain omni media platforms: BitDesk and Cyber Media also participated in the summit. They work together to build a panoramic blockchain ecology and help accelerate the transformation of Indonesia’s digital economy.

On the first day of the summit on July 29, three key guests, Rico Rustombi, Vice President of Logistics and Supply Chain Management of Indonesia Chamber of Commerce and Industry, Rosan Perkasa Roeslani, President of Indonesia Chamber of Commerce and Industry, and Bambang Brodjonegoro, Minister of National Development of Indonesia, delivered opening speeches to express their vision of enabling Indonesia’s economic transformation through blockchains and their promise to achieve industrial 4.0. 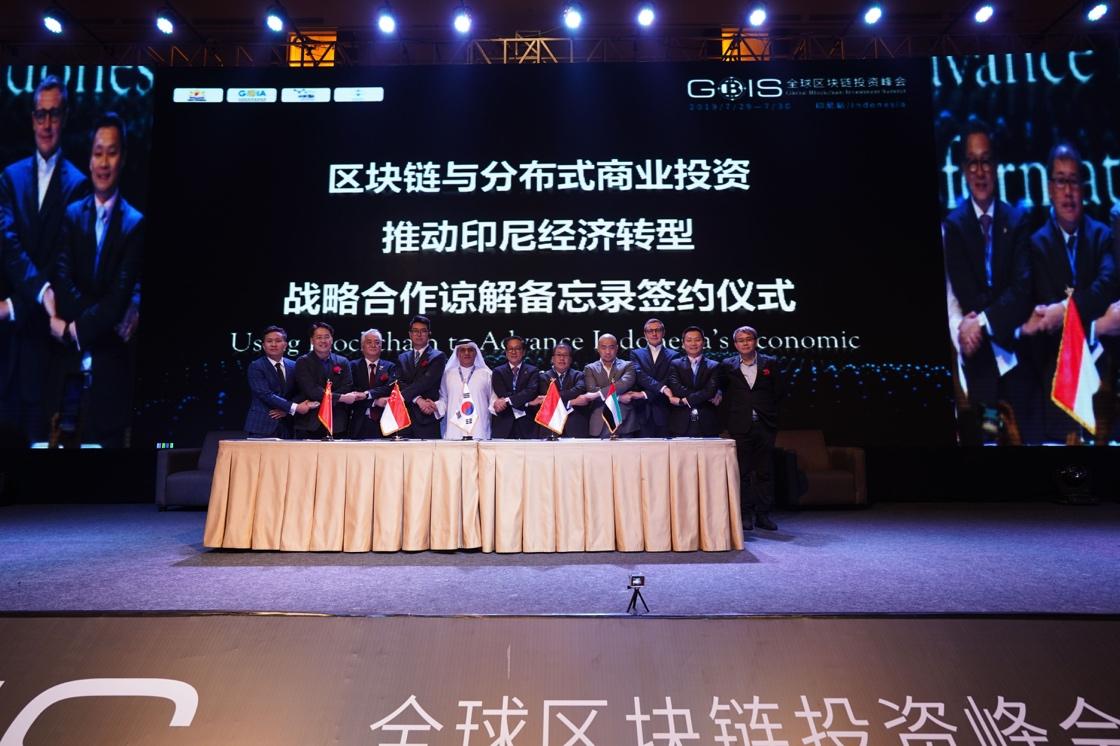 During the panel discussion on How Blockchain and Distributed Commerce are driving Indonesia’s Economic Transformation, Siti Ariyanti Adisoediro, Director of the Standing Committee of Regulation, Government Partnerships and Inter-Agency section of Indonesian Chamber of Commerce and Industry, Yuliot, M.M, Chairman of the Indonesian Investment Coordination Committee (BKPM), Steven Suhadi, President of the Indonesian Blockchain Association, all mentioned that Blockchain and distributed commerce would be infrastructures of the digital economy of the future and would lead to a powerful growth in Indonesia’s economy for at least two decades to come. Ender Xu, founding chairman of the Global Blockchain Investment Alliance, and Tony Tong, a representative of authoritative Blockchain Associations in Asian, CO-Chairman of the Hong Kong Blockchain Association and CEO of the Global Token Exchange, also believed that Blockchain, the most significant technology today, would benefit from underlying technologies, scenarios, production relations and other aspects to restructure the commercial economy and society as well as to provide a strong driving force for Indonesia’s economic development.

Through another panel discussion on the impact of Blockchain technology and cryptocurrencies on the world’s financial ecosystem, Elisa Lumban Toruan, Director of the Standing Committee of Information-and-Communication Technology and Logistics section of Indonesian Chamber of Commerce and Industry, said that the decentralization and creditability of financial system which has Blockchain as underlying technology and cryptocurrencies as value subjects could solve disadvantages of traditional financial ecology, and would boost the development of the world’s financial ecology and empower the development of distributed commerce.

On July 30, the summit focused on discussing distributed commerce. Professor Zhu Jiaming, President of China Institute of Digital Assets and a renowned economist, delivered a keynote speech entitled “Spring of Distributed Commerce and the Comprehensive Approach of Digital Economy”. He said that the significance of encrypting digital currency was to break the absolute monopoly of modern countries and realize the return of monetary sovereignty. Return, Decentralization and Creating New Wealth Patterns. With the rise of block chain technology and the birth of distributed commerce in recent years, traditional industries have gained a new growth point. The digital economy marked by block chain and distributed commerce has entered an advanced stage of development, which will promote the digital economy to come in an all-round way. 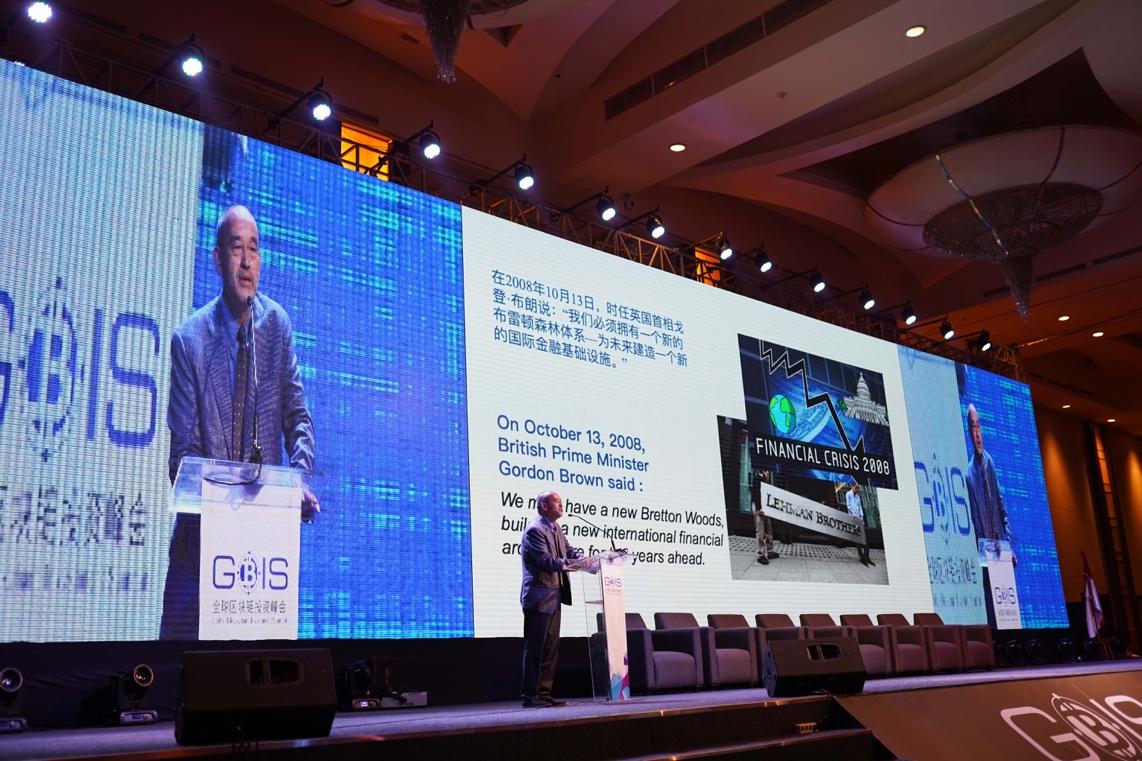 In the keynote speech of “Mining Logic of Distributed Commerce”, Kilian Hussmann, EGQ CEO, proposed that distributed commerce not only achieves the decentralization of the form of e-commerce organization, but also reconstructs the interest relationship, improves the production relationship of traditional industries, and realizes wealth among different owners on the basis of transparent information and unalterable. Fair distribution among entities enables value to return to the creator and realizes the mining logic of “behavior is value”.

Since 2018, stable currency has become the absolute hotspot for cryptocurrencies worldwide. Zhang Jun Yong, deputy of the Hong Kong People’s Congress, partner of the Hong Kong Yino Angel Foundation and chairman of the Hong Kong Block Chain Association, delivered a keynote speech on “The rise and supervision of stable currencies”. He said that many banking institutions and the National Central Bank have taken block chains and digital currencies as key focus, and stable currencies where stable currency work as a stable digital asset anchored with 1:1 currency. This is an important link connecting token distribution and digital assets, together with improvisation of relevant laws and regulations gradually. At the same time, securities licensing is also one of the topics discussed at this summit. Tony Tong, co-chairman of Hong Kong Block Chain Association and CEO of Global Commodity Exchange, said: “Securities licensing is the trend of the blockchain development in the future. The Hong Kong Stock Exchange is actively embracing compliance regulation to create a secure, stable and reliable virtual asset online trading platform for professional investors.”

The two-day Global Block Chain Investment Summit (GBIS) has come to a successful conclusion. Through the immense discussion of blockchain technology, industry applications, business prospects, and investment value, this summit have provided a cutting-edge analysis and guidance for governments, industry associations, and blockchain investment institutions in the field of digital economic transformation and technological innovation, to boost the global blockchain and flourish the application of digital economy.