Youãve probably heard it being said that Bitcoin is digital gold and that is probably due to its parallel features to the real gold. Things such as more appropriate use as a store of value rather than a payment method despite its initial purpose of being used as internet money.

One Asset Management executive is, however, taking the above statement a bit literary. Jason Toussaint is a former managing director of the World Gold Council as well as a former asset manager at SPDR Gold Shares which offers one of the largest Gold ETFãs in the world. Toussaint is now seeking to launch a Bitcoin ETF according to the latest publication notice by the Securities and Exchange Commission (SEC) this week.

The new Bitcoin EFT is being proposed by asset manager Kryptoin Investment Advisors and according to the publication, will be offered on the NYSE Arca exchange similarly to the now-rejected Bitwise ETF application.

The ETF will be priced based on data collected from the Chicago Mercantile Exchange (CME). The application statement notes that the aim of launching an ETF is to “provide exposure to bitcoin at a price that is reflective of the actual bitcoin market where investors can purchase and sell Bitcoin, less the expenses of the Trustãs operations.” 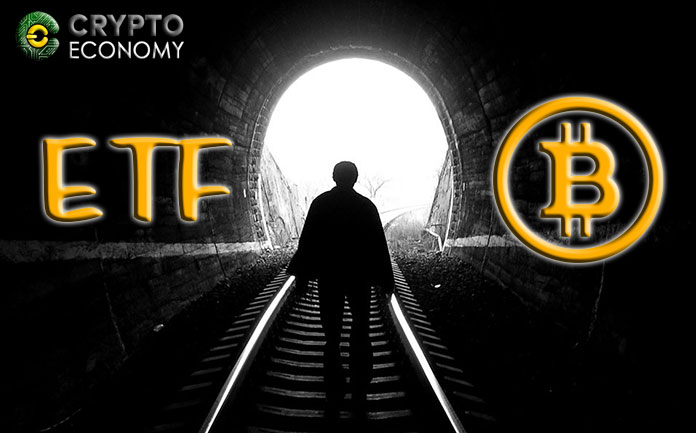 Kryptoinãs application, which was filed on October 15th but published this week by the SEC, comes just days after the SEC rejected the Bitwise and NYSE Arca application. Not just that, a few weeks ago, only days to the final determination of their decision by the SEC, highly-anticipated Bitcoin ETF applicants VanEck and SolidX together with Cboe withdrew their application as well. Bitwise has, however, promised to reapply following its first rejection.

Getting approval from the SEC to launch a Bitcoin ETF is proving tougher than most thought but it seems Toussaint had an idea.

“The benefits and challenges, when it comes to bitcoin as an asset class, are similar to what they were when the Gold Council brought SPDR Gold Shares to the market,” he said during an interview with an industry media on Wednesday. “There was also a lot of learning the SEC had to go through to fully understand and gain a level of comfort with the underlined gold market.”

The race to launch the very first of its kind Bitcoin ETF on American soil is heating up and with increasing awareness by the public of cryptocurrencies, these applications are getting more media coverage and therefore more interest. Wilshire Phoenix Fund, which has an application already processing with the SEC to launch the same product just revised its application to make it more appealing before the commission. The commission is currently allowing submission on comments on the proposal.