After a small pause for a correction, buyers returned to Bitcoin. On Tuesday, October 29th, it is trading around $9424.

On H4, the BTC situation attracts attention due to the latest surge in buys. However, there was nothing astonishing about it. Attentive readers could notice that in our last overview we mentioned the downtrend near 61.8% ($7125.00) Fibo and a convergence form on the MACD. These two things, in particular, signaled the possibility of a trend reversal. However, the critical point at that moment was the breakaway of the resistance level at $8500.00, which has now become the support level. Apart from this, we should mention the impulse of growth break through the resistance line of the long-term descending channel. The growth we see has corrected the latest wave of decline by more than 38.2% Fibo. The current technical picture reveals a consolidation Triangle forming. After a breakaway of the upper border of the consolidation area, we might expect growth to 50.0% ($10578.00) and 61.8% ($11345.00). 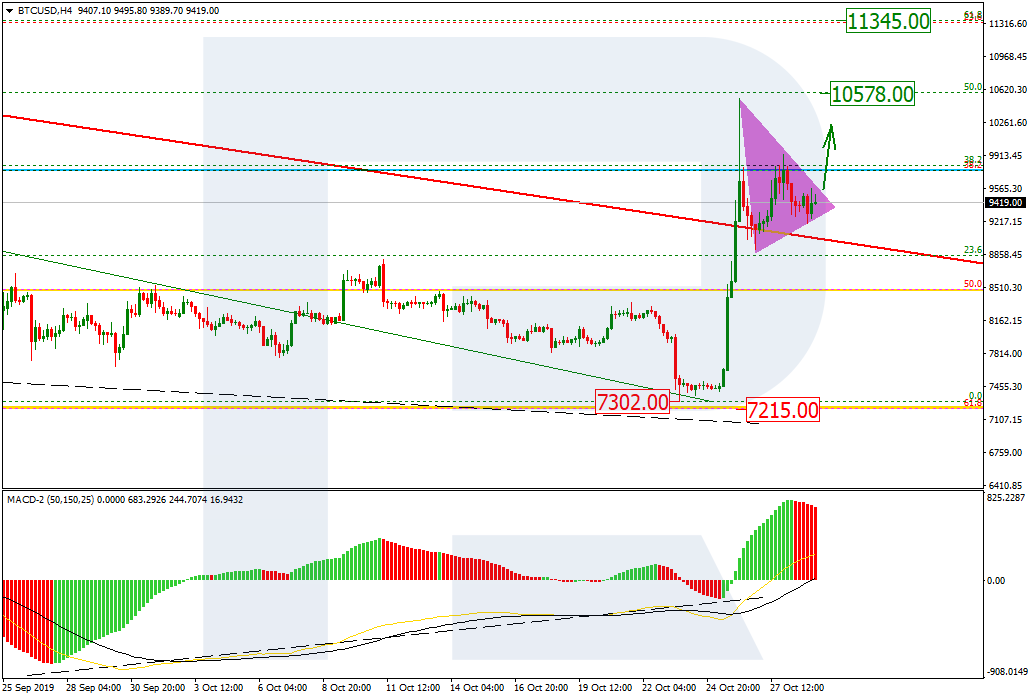 On H1, BTC/USD demonstrates a detailed picture of a consolidation Triangle developing. This area may also become a signal one as here we might watch the early formation of a Gold Cross on the Stochastic. 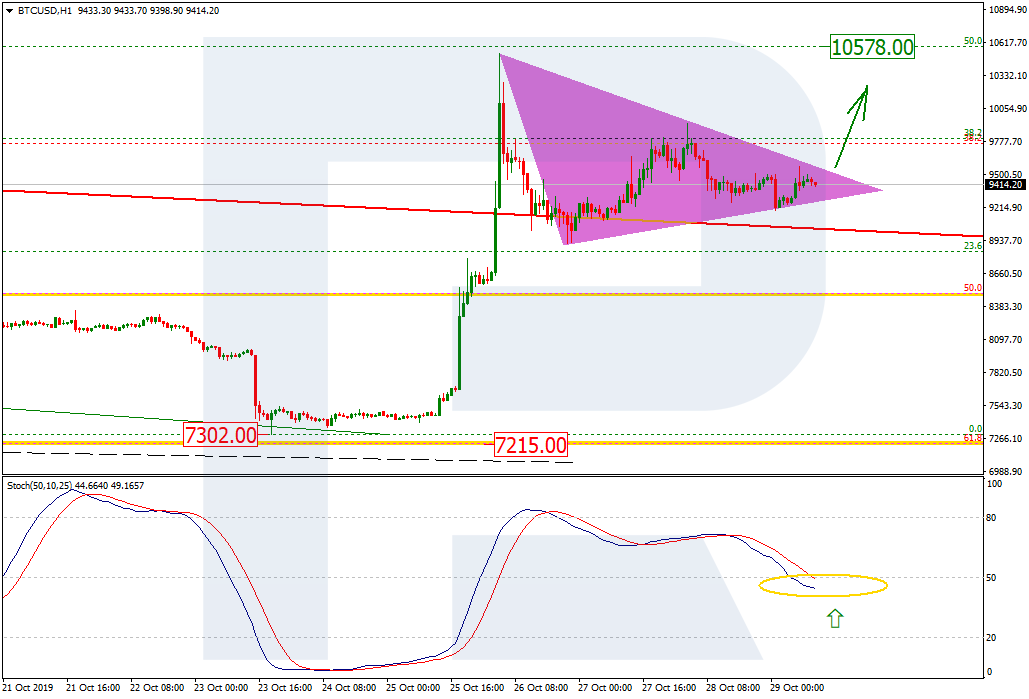 Last weekend, the price of the leading cryptocurrency was growing abruptly: it increased by $2500 in a couple of hours, while the trade volumes increased by 220%. On the night of October 25-26th, the BTC market price was over $10000. Then, the cryptocurrency, naturally, corrected, and now the investors are keeping a close eye on the market events, ready to blow up the price at any moment.

There seemed to be no obvious reasons for the price growth. It may partially be explained by the increased demand for the Chinese digital money, which could drag the BTC quotations up as it is the leading cryptocurrency. A couple of days ago, the leading Chinese politicians declared that the blockchain technology was promising and worth introducing. This could stimulate the local growth of the cryptocurrency.

On the other hand, the events in Argentina could also push BTC up. Central Bank of the country put limitations on buying the USD, which increased the interest of the population to digital assets. These limits, along with the devaluation of the peso, revealed the demand for cryptocurrencies, which is natural. The Bitcoin turned out to be the main winner.

Disclaimer: Any predictions contained herein are based on the authorsã particular opinion. This analysis shall not be treated as trading advice. RoboForex shall not be held liable for the results of the trades arising from relying upon trading recommendations and reviews contained herein.