After dropping significantly last month, the cryptocurrency market took another plunge downwards. Letãs take a look at some of our favorite cryptocurrencies - Bitcoin, Ethereum, Litecoin - and see if the charts tell us anything.

The dip was massive that could most likely affect other altcoins since investorãs sentiments is likely to reduce. However, at the press time, BTC/USD pair is now holding firm support above $7952.00, but there seems to be a struggle to break below the support level. The technical indicators also reflected the bearish signal. With the long-term SMA above the short-term SMA and the RSI gravitating in the oversold region. That shows a high increase in selloffs.

Failure of the price to stabilize above $8000.00 level gives a high chance for imminent further downside correction towards $6000.00. Conversely, since the RSI is pointing north, a price recovery towards $8350.00 is likely.

Failure for ETH/USD pair to continue higher above $174.3974 resistance level resulted in a sharp fall that corresponded to intense bearish pressure over the intraday. Besides, the descending trend line formed (A) confirmed the bearish trend. ETH/USD pair began the session trading at $174.5019. That was followed by a dramatic fall that dipped the price by the help of a bearish accumulative candle to an intraday low of $164.1651 at around 03:00.

The dip, therefore, defined the current price at $166.1064 that translated to a 24hrs loss of 4.9%. There was a medium-term consolidation phase above $170.8487 that consolidated losses.  Currently, the popular coin is testing $165.8885 level. Thus a break below may extend the downside move. On the upside correction, a clear break above the short-term SMA, and a close above $167.2595 is needed. 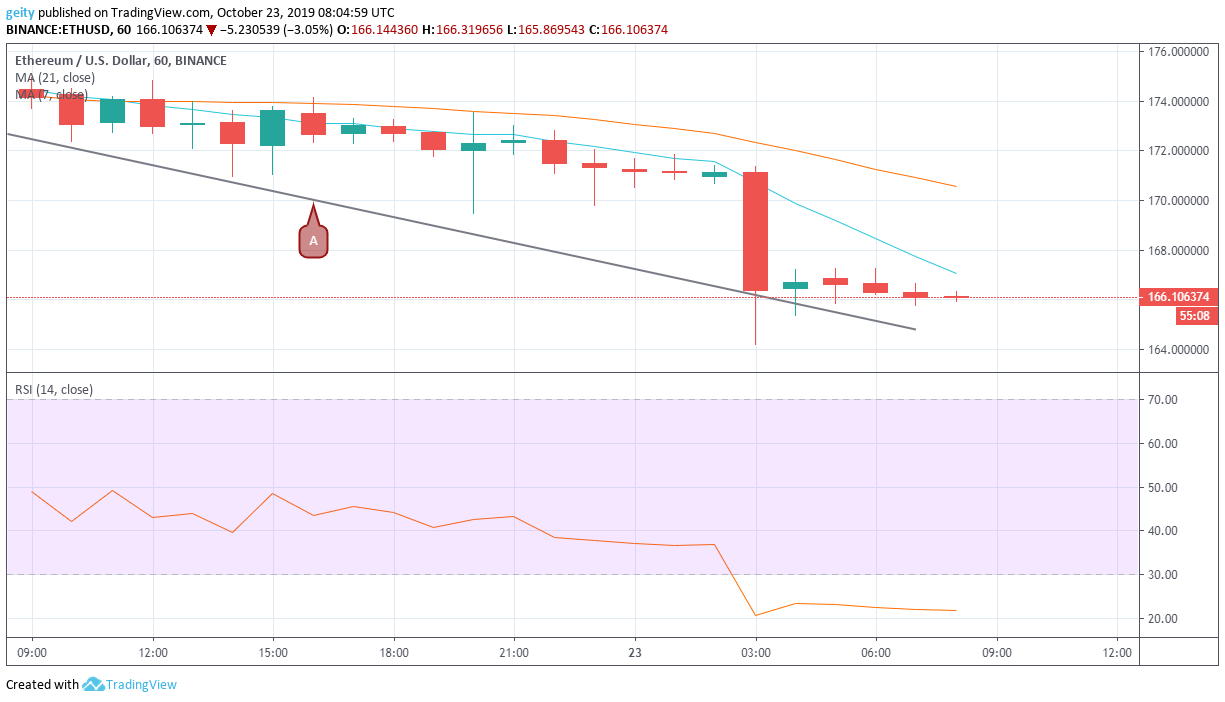 Since most indicators are now suggesting a bearish sign, with the long-term SMA above the short-term SMA and the RIS currently below the oversold region. A short-term period of consolidation is imminent before further downside move towards $150.0000 level.

LTC/USD pair has also been beaten up by the bears over the past 24hrs. LTC market is today crying losses as the pairãs price has dropped by 4.3% after having escalated from the opening session at $54.8037 to now changing hands at $52.4480. Unfortunately, in the market, there are descending channels formed that suggested a sharp increase in buying interest.

Looking at the technical, the bears seemed to hold the throne, with both moving averages suggesting negative sign and the RSI that lies in the oversold region also suggests the same. However, if the RSI indicator manages to scale up above average, then better digits above $55.000 could be seen. Therefore a break above the upper channel could give rise to a bullish trend. 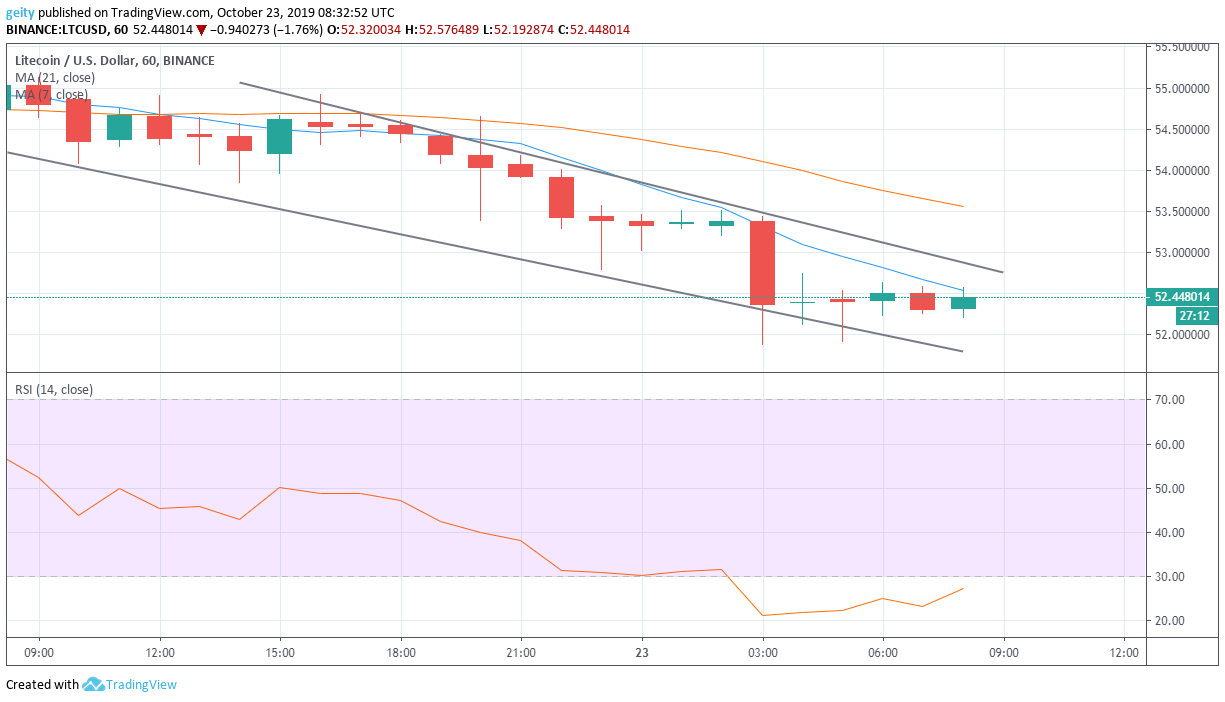 With the RSI currently pointing north, it is a high probability for an upside correction towards $60.000 in the near term. Conversely, a break below the lower channel could lead to a downside break below $40.000.