On Friday, October 5th, Ethereum is slightly declining, trading at $173.21. After a good rise earlier this week, this decline seems logical.

The Swiss exchange SIX is ready to offer a new product, consisting of 90% BTC and 10% ETH. Thanks to this ETP, market players will be able to add the leading cryptocurrency and the altcoin to their portfolios.

The product will be available under the ticker ABBA. It has a peculiarity: it will have a full financial coverage, i.e. both the BTC and ETH are planned to be bought and stored in Bitcoin Suisse.

This is not the first such ETP on SIX, and the very fact of the increase in the number of products available for investments is positive.

In a week‚Äôs time, the ETH price grew by 12%, regardless of the problems with the hardfork in the test version of Ethereum. As one of the developers says, the problem in the test version emerged out of the lack of the miners‚Äô readiness. Particularly, many of them had not updated the software, which led to the errors.

Now they say on the market that Ethereum needs one more test network in order to carry out testing as independently as possible.

On D1, the Ethereum price has put the downtrend on a halt near 76.0% Fibo in relation to the previous growth. Now there is a short-term pullback forming after an impulse of declining. The idea of the correctional growth is supported by a convergence forming on the MACD. The goal of the pullback is near $200.00 at the resistance line of the current channel. A breakaway of this level may stimulate the quotations to rise to $255.60 in the upper projection channel. After the pullback is complete, the quotations might rush at the local psychologically important support of $100.03, and then at the main minimum of $80.86. 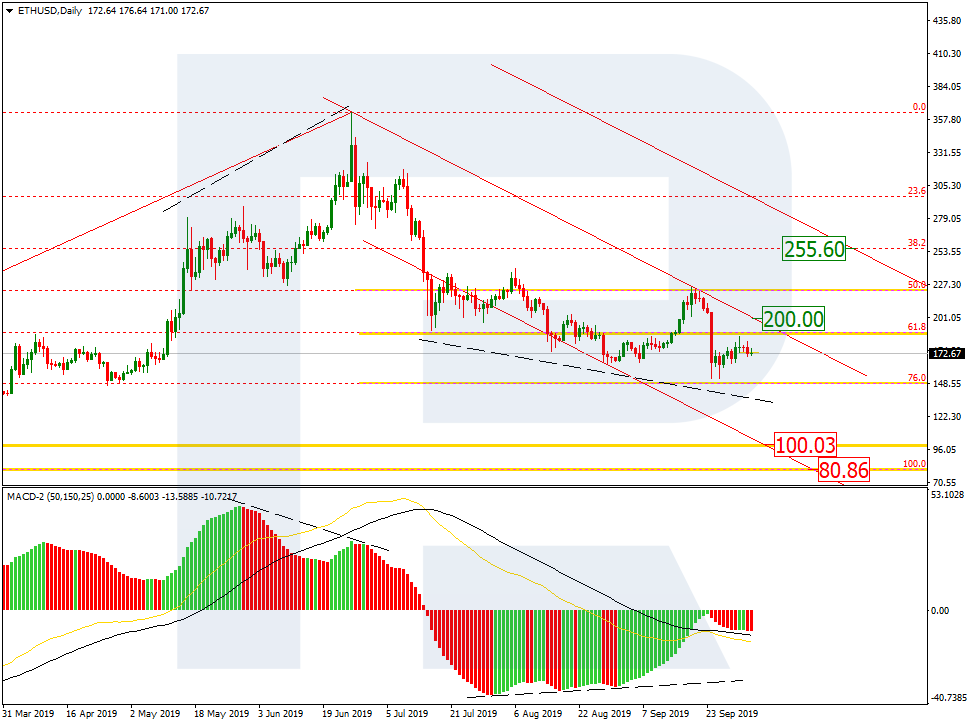 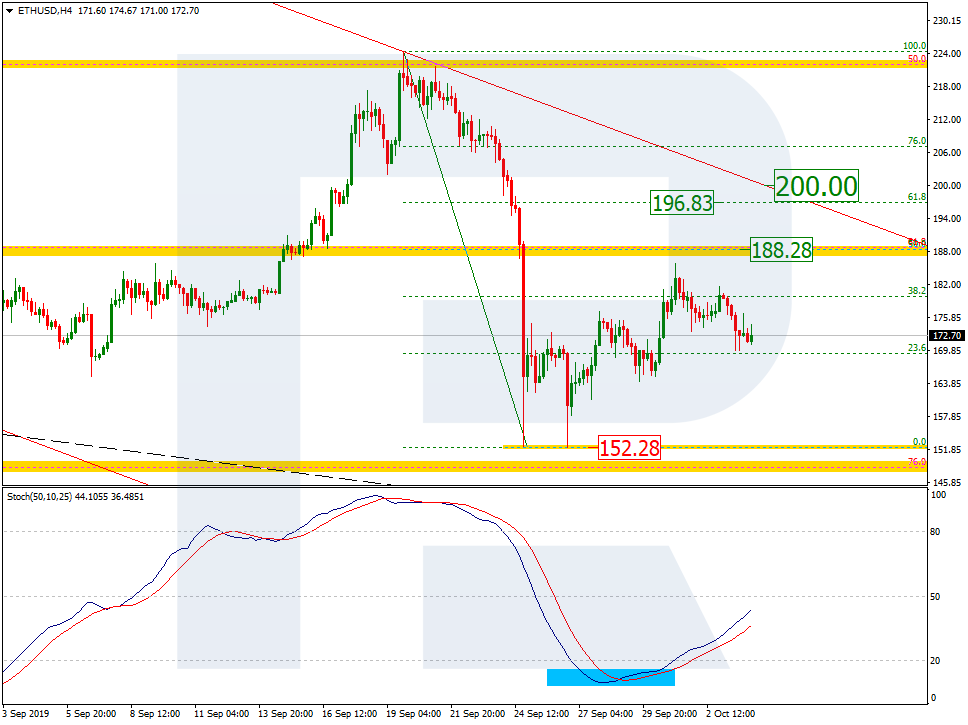 Disclaimer: Any predictions contained herein are based on the authors‚Äô particular opinion. This analysis shall not be treated as trading advice. RoboForex shall not be held liable for the results of the trades arising from relying upon trading recommendations and reviews contained herein.