In every sector, there are different blockchain startups making changes in their respective industries. For the art sector, Verisart is the first firm that has been working behind the scenes to revolutionize the art sector.

Although in the past few years, Verisart has been developing its platform and partnerships, now its objectives have changed. After holding a successful fundraising event that generated $2.5 million, Verisart now wants to focus on expanding its network.

At the leading front of the fundraising event was Galaxy Digital EOS VC Fund, but Verisartãs partners Rhodium and Sinai Ventures also contributed significant amounts. Concerning their new development Robert Norton Co-founder and CEO had the following to say;

“Through this new round of funding, we can now focus on expanding our business network as we strengthen our partnerships. With stakeholders in the art sector now realizing that indeed blockchain can help raise the standards of provenance and record-keeping, as Verisart, we want to capitalize on that and unveil new services.” 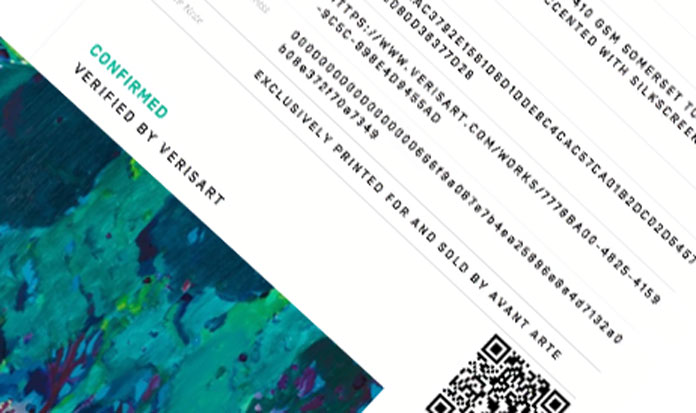 Part of the Funds to go into hiring more Employees

Although a significant amount of the funds will go to the expansion of the Verisart network, part of it will help the startup hire more engineers. Similarly, some of the cash will be used to launch premium services targeting collectors, galleries, and artists themselves. Through Verisart, more projects such as that of ArtBloc, a South Korean art-focused blockchain firm that conducted a fractional sale of two paintings, will be common.

The two paintings belonged to David Hockey, and ArtBloc was at the center of the sale. However, now, with Verisart expanding, more artists are set to digitize ownership of their paintings. Besides the above services, Verisart will also help track the origin of the art pieces after artists create their digital certificates. With the digital certificates stored on Verisartãs blockchain platform, tracking and verification will be easy. Besides physical art, the blockchain platform also helps digitize collectibles.

Apart from Verisart being the first firm to digitize the art sector, it is also the first provider of a blockchain-based certification program on Shopify. Due to its excellent work and track record, Verisart emerged as the winner of the Hottest Blockchain Dapp in the European tech startup award. Its quality work has led to Codex Protocol another startup to enter the art sector.