Privacy-enhancing browser Brave has hit another milestone - more than 40 million downloads on the Google Play Platform. According to app tracker AppBrain, those download figures place it squarely in the top 1% of all apps on the Android play store.

However, when it comes to cryptocurrency-related apps, Brave is actually the leading app on the Play Store followed by the Coinbase wallet App with less than half of those figures as of press time. Both apps launched on the platform several years ago with Coinbase leading in 2012 while Brave launched two years after in 2014.

Brave has shown impressive growth in the recent past as the talk on online privacy takes becomes more prevalent. Despite its impressive milestone, Brave is still miles away from its competitors Google Chrome and Firefox Mozilla. Mozilla and Brave have one thing in common - the founder. Both were created by Brendan Eich and arguably the reason why the Brave browser has caught on since its highly anticipated $30 million ICO which sold out in seconds.

There are a few other notable achievements as highlighted by AppBrain. The browser has an average rating of 4.3 and a recent high score of 4.45 which qualifies it to be ranked among the top 10% of apps on the platform. In addition, the app has been rated at least 127,000 times, a number that puts it in the top 1% of apps by rating count. These figures only show how popular the application has become. 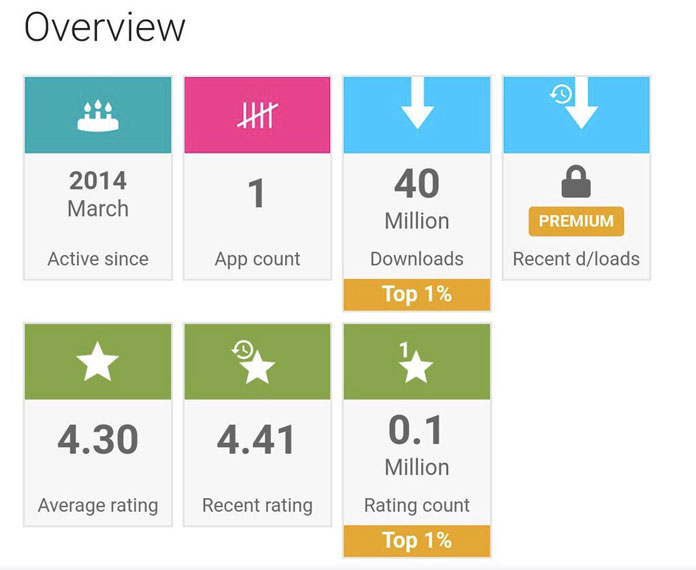 Twitter user Cameron Asa, who has been tracking the growth of Brave since its launch in 2014 also acknowledged the 40-million milestone. Back in July, Asa also pointed out the fact that Brave had witnessed the fasted download rate in its entire lifetime - more than 8 million downloads in less than two months.

Despite these impressive download metrics, Braveãs complementary platform token Basic Attention Token [BAT] has had dismal performance. Brave launched the token with the aim of having a more engaging ecosystem between content creators and consumers. By default, the Brave Browser blocks out any trackers and ads. Publishers have to request permission from consumers to serve them with ads.

Additionally, consumers of these ads have the option to earn BAT as they watch the ads which was an innovative move, however, the value of the token has not seen any major gains that are consequential to the rise in popularity of the browser. Investors are still hoping to see a bull run from the token given that more users are turning to the browser for privacy which should expectedly lead to a demand in the BAT token.