Charles Hoskinson is CEO of IOHK, a technology company that builds cryptocurrencies and blockchains for academia, governments and corporations; he recently shared the latest updates on the Cardano Blockchain 3.0 platform his company is developing. Hoskinson said that October has been an action-packed month that could enable the first snapshot for the Shelley incentivized testnet as early as Nov. 12. 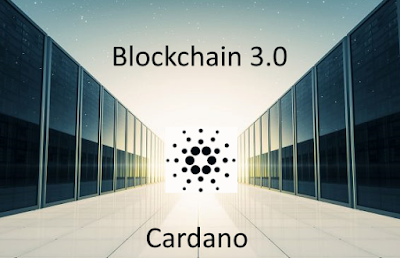 The past month has been ground-breaking for Cardano, research-oriented blockchain project has received more press than in the entire previous year; the new era of the blockchain saw its network testnet released earlier. While the company wanted to create an environment that would enable staking, they were surprised at the vibrant ecosystem of people running stake pools as a service to develop on the testnet. A stake pool dashboard and a turnkey stake pool deployment system are in the works and a Shelley explorer is near completion. When it comes to the company’s plans for the next couple of weeks, Hoskinson said that they were focused on keeping the network testnet as stable as they can to ensure fail-safe experience.

Hoskinson further elaborated that there is a “big internal discussion” on how to do the testnet snapshot; while a lot of thought went into it, Hoskinson said that the team would most likely go with two separate network snapshots—one for testing and one for actual deployment on the network.
The 1st trial snapshot will tentatively occur on Nov. 12, ADA holders that want to participate in the testnet & earn staking rewards will need to transfer their ADA to one of the supported ADA wallets—Daedalus or Yoroi.

Daedalus is a wallet, developed by IOHK which will allow you to store Cardano (ADA) cryptocurrency.
When it comes to Daedalus, Hoskinson said that the new version of the wallet was incredibly well received by the community. The wallet’s back-end was replaced with a Haskell back-end, as Haskell is a “considerately better code.”

Many members of the Cardano community seemed worried that the project was facing tough competition—be it from other blockchain projects, government intervention, or intellectual property theft.
Hoskinson doesn't seem worried at all, stating that Cardano can not be shut down - he continued, the problem with Libra and other existing/proposed stablecoins is that they all require custodians, a centralized entity that controls the fiat currencies used to back the stablecoin, which makes them an easy target for governments...“the fact that the U.S. government can’t hold an audit of Bitcoin is the testimony of the power of decentralization.”
When it comes to its competitors, Hoskinson showed nothing but respect to the projects that have the potential to overtake Cardano. He said everyone in the industry believes in the project they are working on, citing Ethereum’s Vitalik Buterin, ConsenSys’ Joseph Lubin, and Tron’s Justin Sun. All of them, he said, are “creating something useful” for humanity and it was up to the market to decide which project makes it to the top.
For more information on the Cardano Blockchain, visit: Input Output HK - Cardano Project